The current situation in the Eastern Mediterranean is symptomatic of the changing international and regional realities and, at the same time, reaches far beyond the immediate geographical area. Thus, its treatment also requires a broader take, as what is at stake and its consequences are potentially far-reaching. Dealing with the Eastern Mediterranean necessitates realism, thinking outside the box, a sense of urgency and constructive engagement, moving beyond what in the past could have been taken for granted.

The main characteristic of the situation in the East Med at present is a pronounced Turkish revisionist and assertive foreign policy, including the use of military means. Ankara is engaging in a power projection in the wider region. This is used to convey a clear message to the European Union and the broader security West that Turkey is an important middle power that nobody should or could ignore when planning or engaging in the region. This power posture spans a long arch, covering the Aegean, Cyprus and the Eastern Mediterranean sea areas and extends to Syria and Libya. And although it is Greece and Cyprus that are mainly experiencing the effects of this policy, arguably, it is ultimately less about them and more about making a point through them.

Energy resources have been widely credited or blamed for the current situation. Although hydrocarbon findings during the last decade may indeed have played a role in sparking new tensions or exacerbating existing ones, it would be hard to sustain this argument today. Nowadays, the broader question seems not to be whether there is gas in the East Med – indeed in sufficient, commercially meaningful quantities – but what to do with it. A combination of different factors, including over-production, a mild winter in 2019, and energy developments in China, weakening the Asian markets’ demands, led to a global over-supply of LNG and suppressed prices to new lows. Especially Europe, the wishful destination for Eastern Mediterranean gas, became (and still remains) flooded with cheap gas, with supply much exceeding demand at prices that would be nearly impossible to beat. This was the situation even before the arrival of the pandemic.

Why it’s not about the gas

Covic-19 made things worse, accentuating existing challenges, accelerating trends and indeed introducing a host of new issues. International oil companies (IOCs) had to take a step back and re-assess their future and prospects, under the new conditions. Companies now opt for bigger, more secure projects, with high yield in a relatively short time frame. Such projects require the commitment of relatively heavy funding though and therefore IOCs had to freeze some of the smaller ventures. This affected the Eastern Mediterranean too, as nearly half of the world’s biggest 12 IOCs, which declared massive cumulative losses of USD 80bn for the first 6 months of 2020, have been involved in the region. Some of the smaller companies operating regionally went bankrupt and were bought, while others suffered massive losses. Even countries like Egypt had to restructure, faced with diminished demand for LNG exports.

Even though Eastern Mediterranean hydrocarbons could possibly not be exploited through exports to Europe, as initially envisaged or hoped, regional energy findings still have potential.

Turkey, which had been using hydrocarbons as a declared reason – a pretext, to sceptics and critics – to pursue its strategy of power projection, took advantage of the new circumstances that saw the freezing of projects or withdrawal of major IOCs – and, by inference, the states behind them. Turkey’s activities in the Eastern Mediterranean have many causes and are about a lot of things; energy is not one of them (anymore), although it offers a good justification.

In its core, then, the current conflict in the East Med is arguably driven less by energy and by issues with Greece or Cyprus only; all are important pieces of the puzzle and could even be seen as vehicles or means to something else. But none of them represents the soul of the problem. To many, it’s essentially about what Turkey wants to become; about what the future relationship between the EU and Turkey will be; about what the European Union aspires to and can be in the field of foreign policy; and ultimately, through the present conflict and with Turkey as the catalyst, about what kind of image the Union sees when it’s looking in the mirror and what kind of image it wishes to see.

This is why the EU has both a responsibility and a great interest in driving the efforts to solve these problems. A successful management of the existing crisis would indicate that the European Union has been effective in conveying a clear message regarding which kind of behavior is acceptable and which is not; balancing the rights and interests of member states and the engagement with an important third state; and establishing the groundwork for the future EU-Turkey relationship. Therefore, although the present problems seem to focus on energy issues as the cause, the deeper issues are political and therefore warrant political solutions.

However, interestingly, energy might hold the key to the solution too. Even though Eastern Mediterranean hydrocarbons could possibly not be exploited through exports to Europe, as initially envisaged or hoped, regional energy findings still have potential. Eastern Mediterranean gas may not be easily competitive in the international markets anymore but the regional countries have enormous energy needs that this gas could service. This could serve as an excellent platform for cooperation between them, hopefully paving the way towards a broader cooperation in other areas.

The European Union could inspire and persuade regional countries to do so, serving as an honest broker and leader. This would have multiple benefits for all involved, including the regional countries and the Union, spanning the whole spectrum of issues, from security to environment, and from economics to politics. More importantly, perhaps, it will have meant that the EU has spoken with one voice, beyond the individual interests of member states, having successfully articulated a strategic vision and acted upon it. Ultimately, it will have meant the acquisition of much needed legitimacy and leverage. It is difficult, but not undoable, as the recent and on-going rapprochement between Israel and some Arab states has successfully shown. When there is (political) will, there is a way. 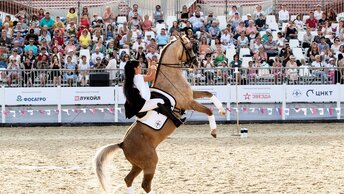 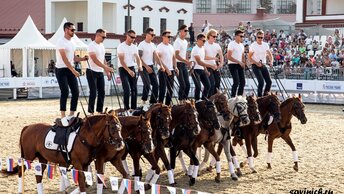 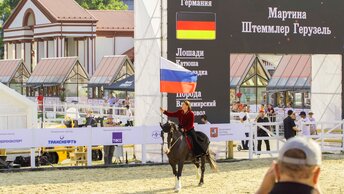 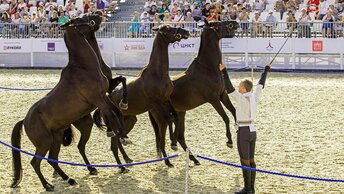