What kind of political leader is Kamala Harris?

With California Senator Kamala Harris named the Democrat’s vice-presidential candidate, the critical last three months of the campaign for the US presidency have begun. Huge challenges face the future president and vice-president. Domestic crises include the persistent coronavirus pandemic, the resulting recession, nationwide protests against violent, militarised police forces and structural racism in a radically polarised society.

At the end of President Trump’s first term in office, US foreign policy may well be in even worse shape. Trump pulled the country out of the Iran nuclear deal (the ‘JCPOA’) and the Paris Climate Protection Agreement, announced an end to the EU-US Open Skies Agreement and abandoned US leadership of multilateral alliances such as NATO, the UN and the World Health Organization (WHO). Joseph R. Biden Jr and Kamala Harris have now stepped up to lead their deeply divided land out of complex domestic and foreign policy crises.

Crises involve uncertainty, so leadership style is critical regarding political decision-making in complex or unstable situations. The ‘leadership trait analysis’ developed by Margaret G. Hermann presents seven characteristics that explain and predict leaders’ domestic and foreign policy-making. This method, which comes from political psychology, uses an ‘at-a-distance’ technique. Computer-assisted analysis of an individual’s speeches and interviews with respect to a ‘norming group’ of other Western heads of government determines various leadership characteristics and assesses a specific political leadership style. The Democratic V.P. nominee’s style can indicate how she will manage crises.

Discussions have thus far focused on the nominee’s gender, race and age. Kamala Harris is a female person of colour who, at 55, is 22 years younger than her running mate. She fulfils the Democrats’ formal requirements and, according to party strategists, ensures that their ticket will succeed with critical electoral groups – especially in light of sexual assault accusations by Biden’s former Senate staffer, Tara Reade. As vice president, Harris would also be a promising Democratic presidential candidate in 2024. Biden’s emphasis that his running mate must be prepared to become president – if worse comes to worse, or in four years – is understandable.

Both candidates strive to return to the status quo under President Barack Obama – with improvements in selected policy areas that include Harris’s new take on police reform.

Her support for companion legislation to the ‘George Floyd Justice in Policing Act’ that was introduced in the House of Representatives in 2020 demonstrates her ability to build a strong, bipartisan majority in a crisis. As California’s Attorney General, Harris shied away from reforming police and drug laws, upheld wrongful convictions and rejected progressive reform by accepting existing constraints. Her current efforts to resolve earlier issues point by point shows the interplay between the collegial and directive aspects of her leadership style.

Kamala Harris’s way of incorporating new information into decision-making is also significant. Before the Democratic primary campaign, Harris advocated incremental changes in law enforcement with a ‘smart against crime’ approach. However, since debate over structural racism and the ‘Black Lives Matter’ movement began, Harris has changed her position significantly and spoken out loudly in favour of fundamental reform. Her family and professional background have equipped her with insight and specialist knowledge that could be crucial for the Biden campaign’s success with critical voter blocks. Harris has discovered an issue that is key to winning votes in early November – an argument that was missing in the Democratic primary campaign. However, it remains to be seen if she can become similarly persuasive in other policy areas.

Back to the status quo is not enough

With her context-dependent focus on relationships, Kamala Harris can be expected to approach crises pragmatically. She is likely to counter growing societal polarisation by reconciling the needs of her electorate with those of the Republican camp. Harris’s management style suggests that she approaches complex crises in a practical, goal-oriented manner and would work domestically and internationally for joint responsibility and shared accountability. During the hearings about a possible seat on the Supreme Court for Brett M. Kavanaugh, Harris demonstrated political instinct and confidence in her ability to influence decision-making.

Joe Biden also has a collegial, directive leadership style. Both candidates strive to return to the status quo under President Barack Obama – with improvements in selected policy areas that include Harris’s new take on police reform. She differs from Biden by more than a standard deviation in only one of seven leadership characteristics. Harris’s significantly lower ‘conceptual complexity’ means that she can be expected to have difficulty in fully understanding ambiguity. Such leaders tend to trust their intuition and are likely to choose the first option.

By combining intuitive action with a healthy dose of experience in politics, Harris brings a lot to Joe Biden, who at times appeared defeated during the primary campaign. In contrast to President Trump, who unconditionally defends Confederate monuments, continually attacks the democratic rule of law and makes common ground with racists both at home and abroad, the Biden-Harris team seems positive and progressive.

Nonetheless, in the campaign’s crunch phase, VP candidate Harris is unlikely to push Biden to substantially address any structural conflicts. Trump’s ‘America First’ is challenged by a simple ‘Build Back Better’. That said, restoring the status quo under Barack Obama represents a promise of normality in a world upended by Covid-19 and four years of Trump.

In his recent keynote address, UN Secretary-General António Guterres formulated a new approach for the international community and called for a new global balance of power. In a world whose certainties have been fundamentally shaken by the coronavirus pandemic, such a response from the Democratic camp is a truly progressive alternative to Donald Trump. However, the leadership style of Kamala Harris suggests that there will be no substantial counterproposal in the campaign’s hot phase. Merely attempting to restore the state of affairs under Barack Obama is a questionable response at best to the crises at hand. 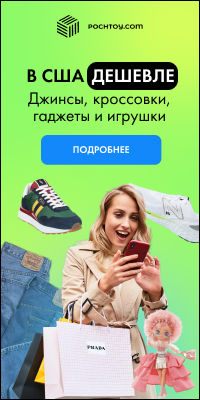